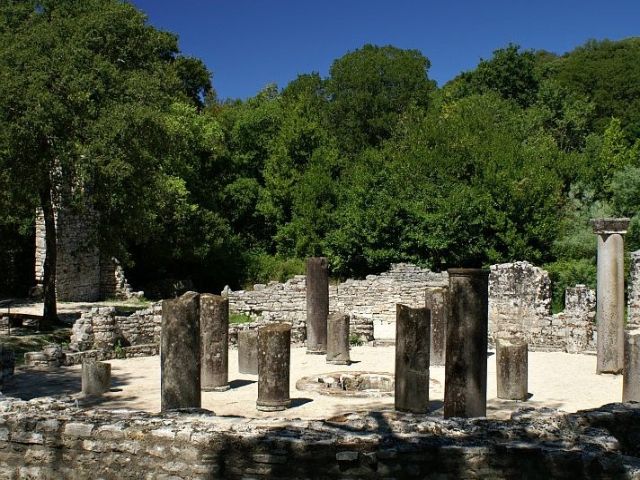 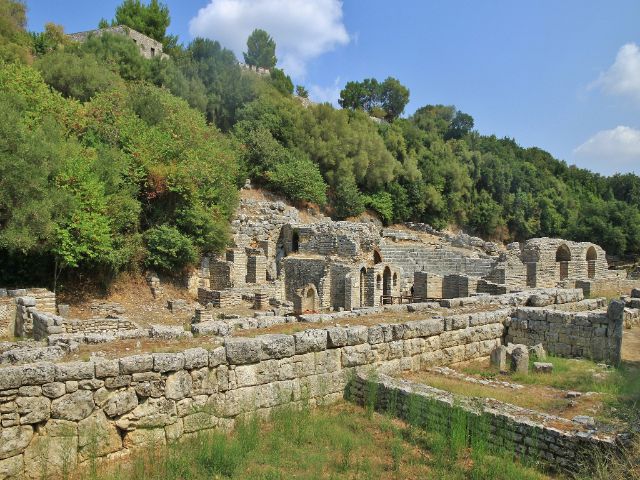 by Marcin Konsek, CC BY-SA 4.0, via Wikimedia Commons
Previous Next

Butrint or Buthrotum is an ancient city located in Vlorë County, Albania. It dates to the Ancient Greek period between 10th and 8th centuries BC. In the 1st century BC, the city became a part of the Roman province of Macedonia and later in 31 BC, Roman Emperor Augustus made the city a veterans' colony. The ruins include a theatre, a sanctuary, an agora, also an aqueduct, a Roman bath, houses, a forum complex, a nymphaeum and the baptistery of Butrint. The Grand Basilica of Buthrotum was built in the 6th century AD during the Byzantine era. Butrint was inscribed as a UNESCO World Heritage Site in 1992. 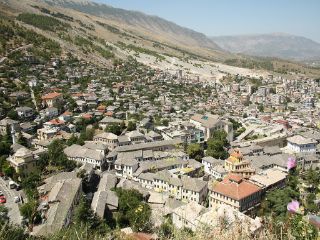 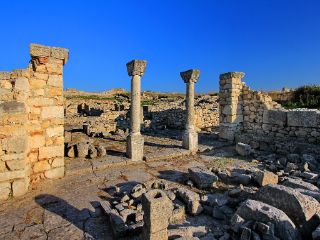 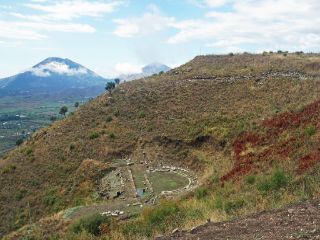