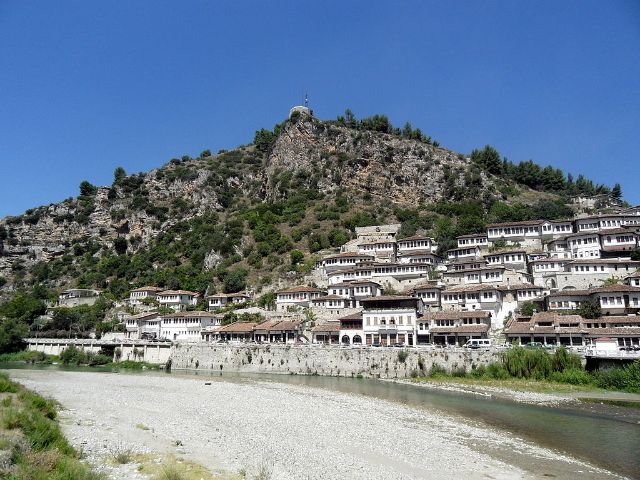 Berat is a city and capital of Berat County in Albania. It was founded in the 6th century BC by the ancient Greek tribe of the Dassaretae. In the 2nd century BC, it became and Roman control, and later became part of the frontier of the Byzantine Empire. In the 9th century AD, the conflict increased between the Byzantines and the Bulgarians who occupied the city. Later in 1417 Berat became a part of the Ottoman Empire. Berat was inscribed as a UNESCO World Heritage Site in 2005 as part of Historic Centres of Berat and Gjirokastra.