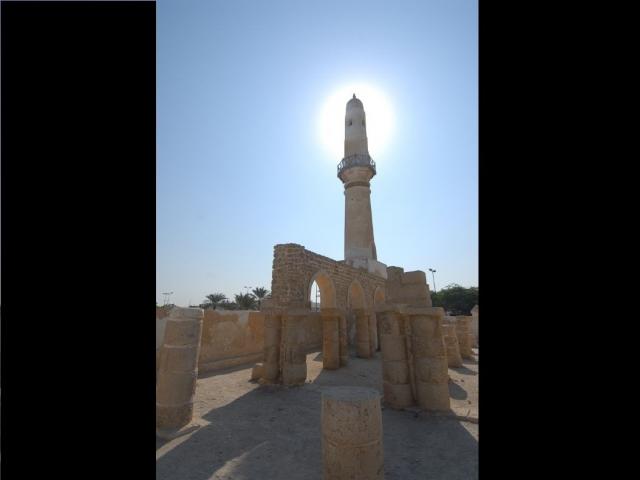 by Ricks Images, CC BY 2.0, via Wikimedia Commons

The Khamis Mosque is a historical mosque located in Manama city the capital of Bahrain. The mosque, which is believed to be the first mosque in Bahrain, built during the era of the Umayyad caliph Omar ibn Abd al-Aziz. It is one of the oldest mosques in the region, as its foundation is believed to have been laid as early as 692 AD. Khamis Mosque has been rebuilt twice in both the 14th and 15th centuries AD and partially restored recently.