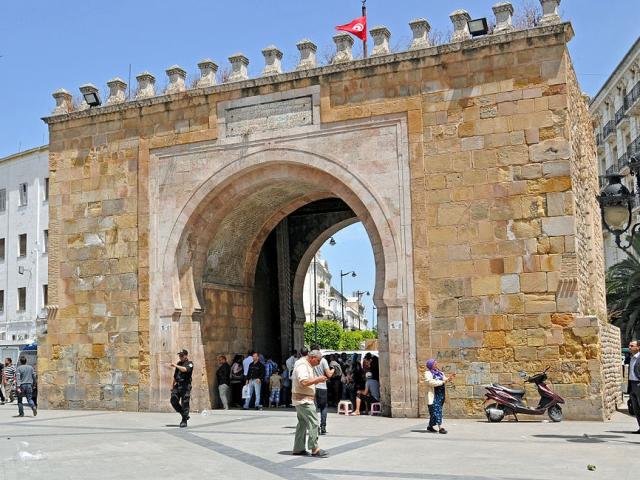 Bab el Bhar, also known as Porte De France during the French protectorate of Tunisia, is one of the gates of the medina of Tunis. It was originally built in the 10th century AD during the reign of the Aghlabids and was later rebuilt in 1860 AD. In 1979 Bab el Bhar was inscribed as a UNESCO World Heritage Site as part of Medina of Tunis. 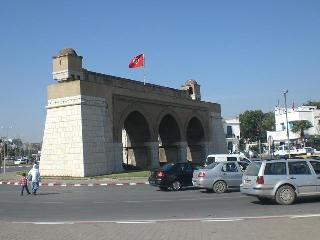 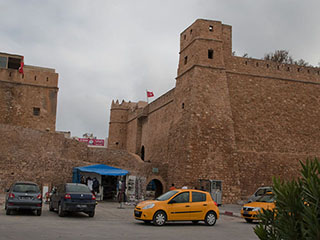 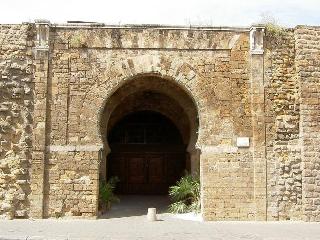 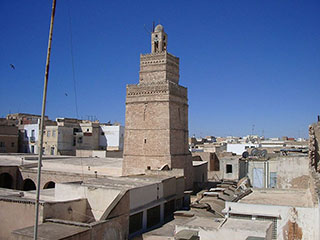 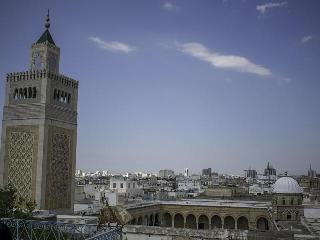 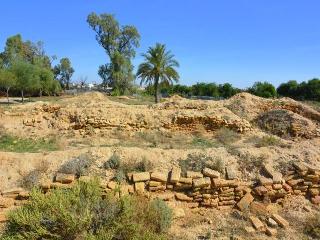