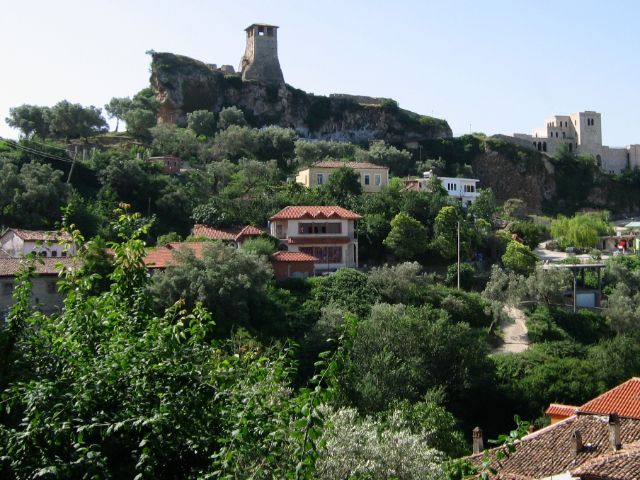 Krujë Castle, also Akçahisar Castle, is a historical castle located in the city of Krujë, Durrës County, Albania. The castle was built originally by Byzantines in the 12th century AD and restored later by Ottomans in the 15th century AD. The castle was the center of Skanderbeg's rebellion against the Ottoman Empire in 1443 AD. The castle includes the Dollma Tekke of the Bektashi Sufi sect, the National Skanderbeg Museum, and the Sultan Mehmed Fatih mosque of Krujë. 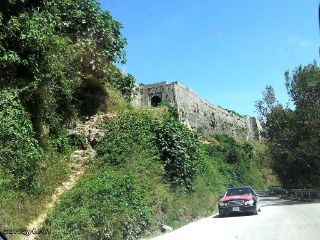 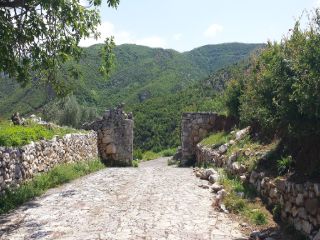 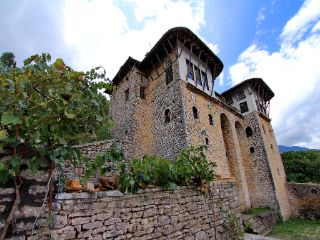 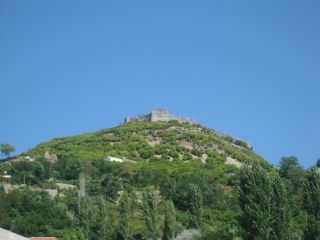