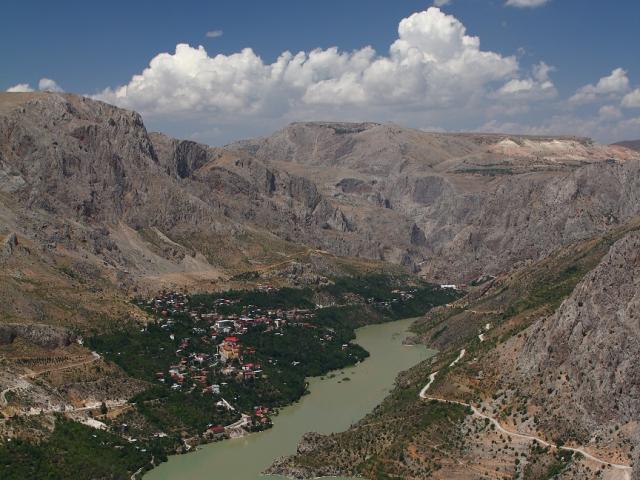 by Mehmetaergun, CC0, via Wikimedia Commons

Kemaliye, previously Eğin, is a town loctaed in Erzincan Province in Turkey. It was founded in the 9th century AD by Paulician Armenian, a Medieval Christian sect which originated in Armenia in the 7th century. The town was later incorporated into the Ottoman Empire during the reign of Sultan Mehmed I between 1413 and 1421 AD. The town is famous for its historical architecture and includes many houses dating back to the Ottoman era. The town was renamed as Kemaliye in 1922 in honor of Mustafa Kemal Pasha.