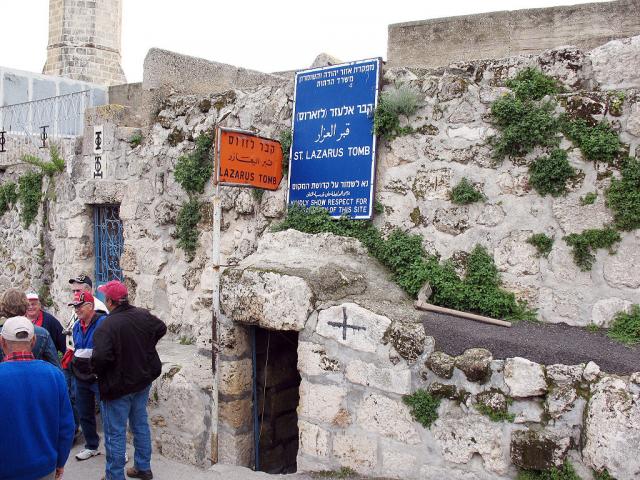 Tomb of Lazarus is an archaeological site and a traditional spot of Christian pilgrimage located in the town of al-Eizariya in the West Bank. The tomb is the purported site of a miracle recorded in the Gospel of John in which Jesus raised Lazarus from the dead. Several Christian churches have existed at the site over the centuries. In the 16th century AD, the Ottomans built the al-Uzair Mosque at the site.