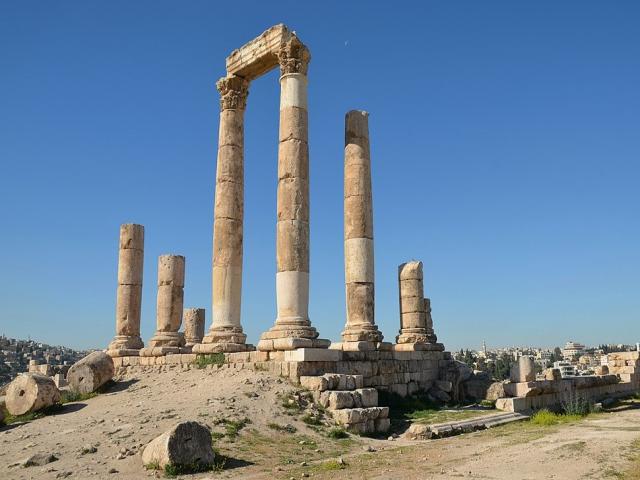 Temple of Hercules is an ancient Roman temple located on the Citadel Hill (Amman Citadel) in Amman, the capital of Jordan. It was built in the 2nd century AD, during the time of Geminius Marcianus who was a Roman senator and general, and the governor of the Province of Arabia between 162-166 AD.

The published comments do not represent the opinion of our site, but express the opinion of their publishers. Please Log in to post your comments about Temple of Hercules, Amman.