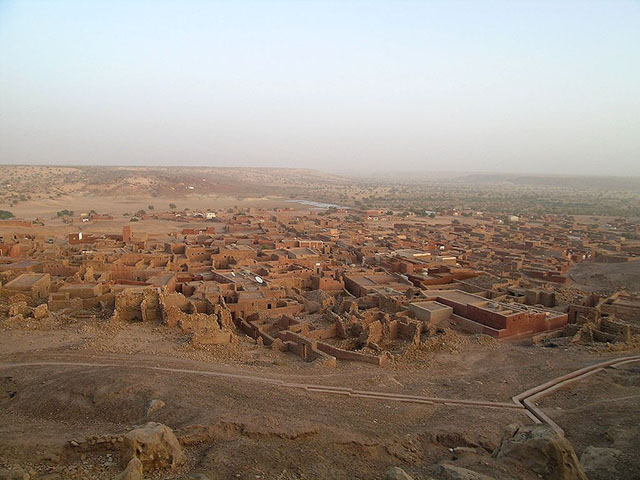 Oualata or Walata, also Biru in 17th century chronicles, is a small oasis town in southeast Mauritania. It was important as a caravan city in the thirteenth and fourteenth centuries as the southern terminus of a trans-Saharan trade route. Oualata was inscribed as a UNESCO World Heritage Site in 1996, as part of Ancient Ksour of Ouadane, Chinguetti, Tichitt and Oualata.