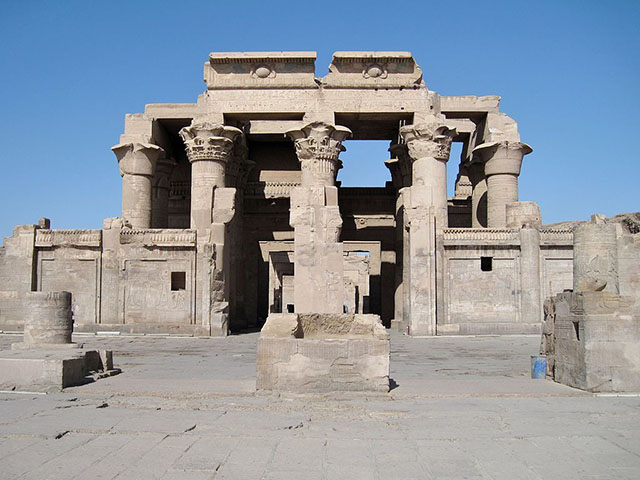 Temple of Kom Ombo is an unusual double temple in the town of Kom Ombo in Aswan Governorate, Upper Egypt. It was constructed during the Ptolemaic dynasty, 180-47 BC. Some additions to it were later made during the Roman period. Much of the temple has been destroyed by the Nile, earthquakes, and later builders who used its stones for other projects. 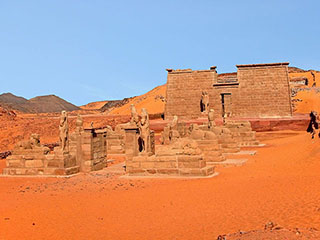 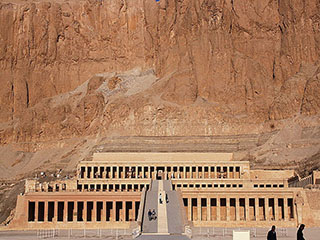 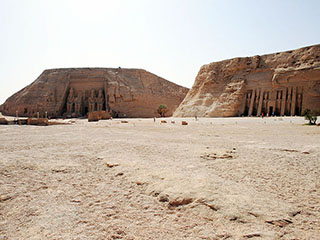 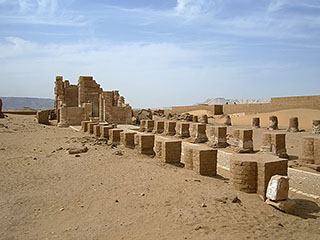 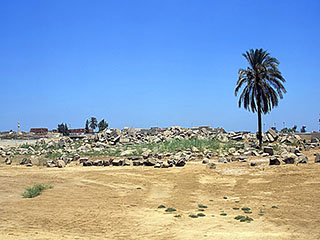 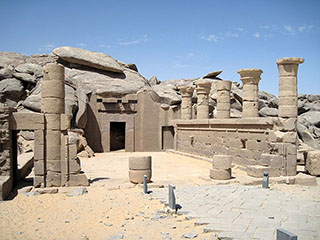