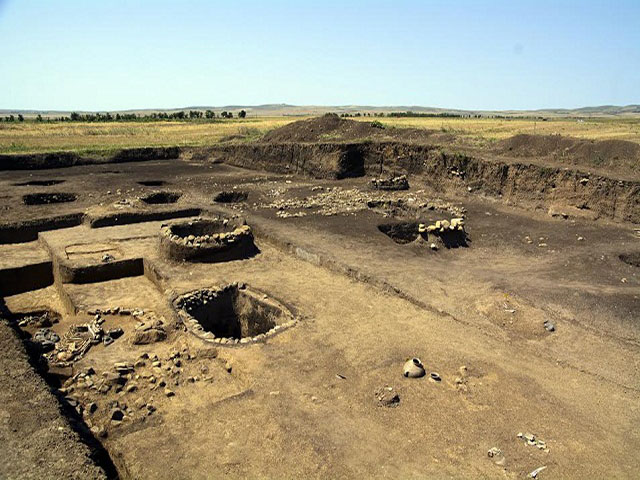 Didnauri is an archaeological site dating back to the Late Bronze Age and Early Iron Age and located Kakheti region in Georgia. The settlement is encompassed by a wide defensive wall made of clay and wooden logs. Among other ruined structures unearthed were several buildings, including those apparently used for religious rituals, a water supply system, and four tombs, which contained the early 10th century BC artifacts such as ceramic vessels, stone tools, and bronze items.