by Govorkov, CC BY 2.0, via Wikimedia Commons

Central Synagogue of Aleppo, also known as Al-Bandara Synagogue, is an ancient synagogue located in the city of Aleppo, Syria. It was built in the 9th century AD and was later expanded in the 15th and 16th centuries AD. The synagogue is noted as being the original place of the Aleppo codex, a manuscript of the Hebrew Bible that was written in the 10th century AD. 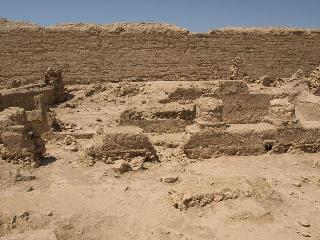 The published comments do not represent the opinion of our site, but express the opinion of their publishers. Please Log in to post your comments about Central Synagogue of Aleppo.