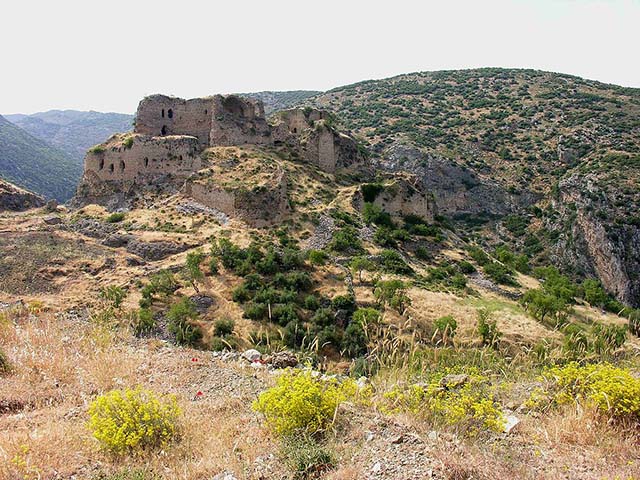 ﻿Bagras or Pagrae Castle is a ruined castle located in Hatay Province, Turkey. It was built by the Byzantine emperor Nikephoros II Phokas in 965 AD. The castle was then rebuilt about 1153 AD by the Knights Templar and held by them or by the Principality of Antioch until it was forced to capitulate to Saladin on 26 August 1189 AD. 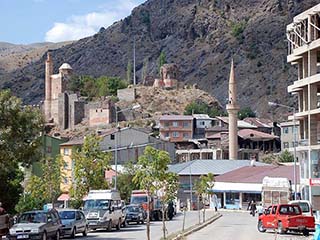 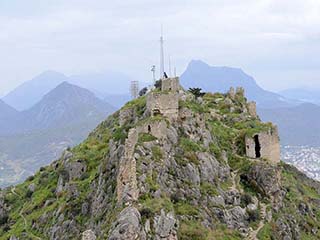 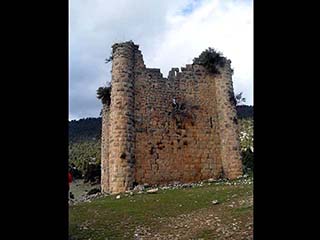