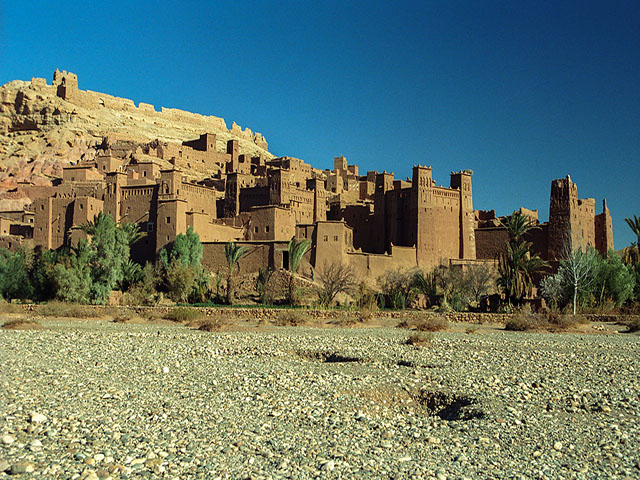 by Jerzy Strzelecki, GFDL or CC BY 3.0, via Wikimedia Commons

Ait Benhaddou is a fortified city or palace located on the trade caravan route between the desert and the city of Marrakesh in Morocco. The palace consists of a group of buildings made of compressed earth and mud surrounded by defensive walls, and it represents an architectural masterpiece and a historical witness to the life of the region. The history of the current palace dates back to the 17th century AD and it was inscribed as a UNESCO World Heritage Site in 1987. 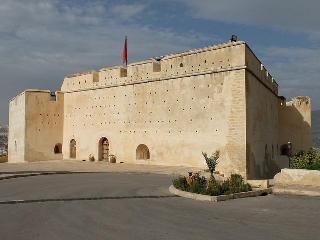 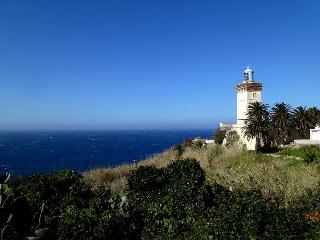 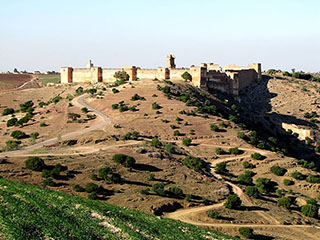 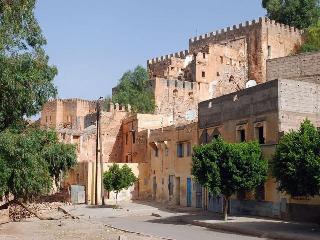 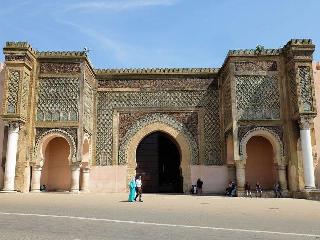 Kasbah of Moulay Ismail in Meknes