The Six-Gun Battery is a historic fort located on the mouth of the River Gambia in Banjul, the capital of The Gambia in Banjul Division, The Gambia. It was built by English in 1816 AD with the intention of thwarting the slave trade when it became illegal in the British Empire after the Slave Trade Act in 1807 AD. The fort was later abandoned in 1870 AD. The Six-Gun Battery was inscribed as a UNESCO World Heritage Site in 2003 as part of Kunta Kinteh Island and Related Sites. 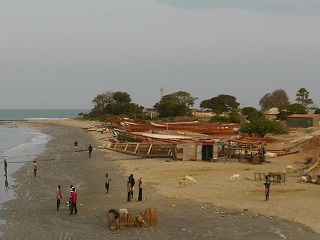 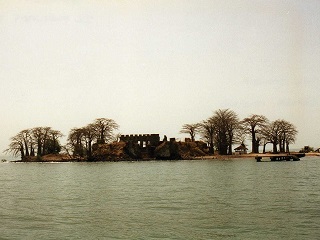