Roman Tombs in Wadi Shueib are a group of ancient tombs located south of the city of Al-Salt in the Wadi Shueib area in Balqa Governorate, Jordan. The history of the tombs dates back to the 3rd and 4th centuries AD. Three Roman Sarcophagi (stone coffins) were found inside these tombs, in addition to a Roman press located next to them. 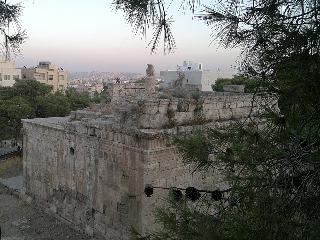 The published comments do not represent the opinion of our site, but express the opinion of their publishers. Please Log in to post your comments about Roman Tombs in Wadi Shueib.