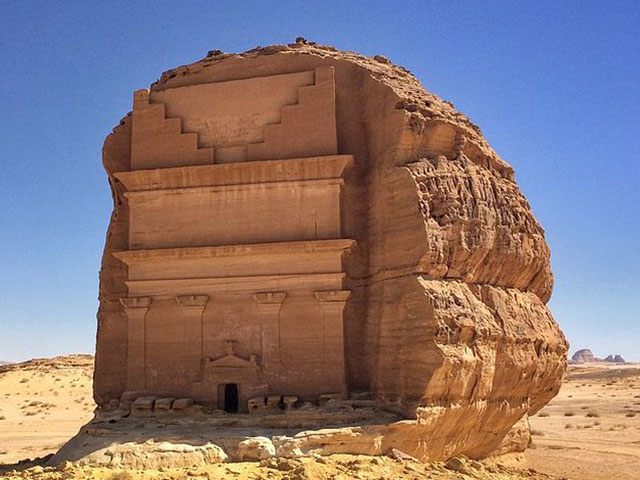 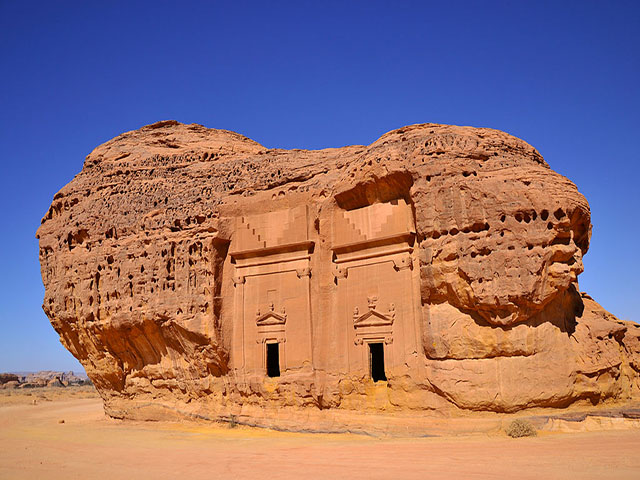 by Sammy Six, CC BY 2.0, via Wikimedia Commons 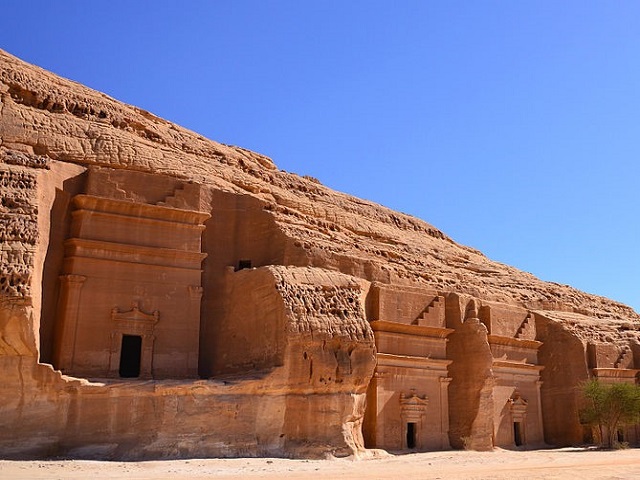 by Sammy Six, CC BY 2.0, via Wikimedia Commons
Previous Next

Mada'in Saleh, also called Al-Hijr or Hegra, is an archaeological site located in the Al-Ula sector, within the Al Madinah Region of Saudi Arabia. A majority of the vestiges date from the Nabataean kingdom in the 1st century AD. The site constitutes the kingdom's southernmost and largest settlement after Petra, its capital. Mada'in Saleh was inscribed as a UNESCO World Heritage Site in 2008. 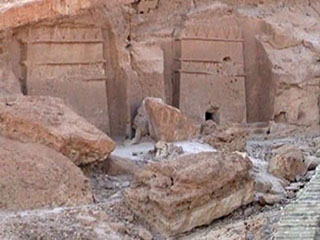