The Ancient Mosque in Al Ain is a historical mosque that was discovered near the construction site of the Sheikh Khalifa Bin Zayed Mosque in Al Ain, Emirate of Abu Dhabi, United Arab Emirates. The construction of the mosque dates back to the 10th or 11th century AD during the era of the Abbasid Caliphate, as it is the oldest mosque discovered so far in the United Arab Emirates. 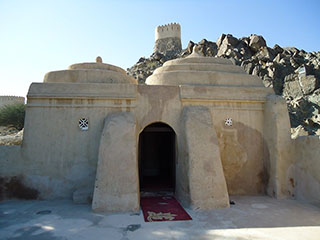 The published comments do not represent the opinion of our site, but express the opinion of their publishers. Please Log in to post your comments about Ancient Mosque in Al Ain.