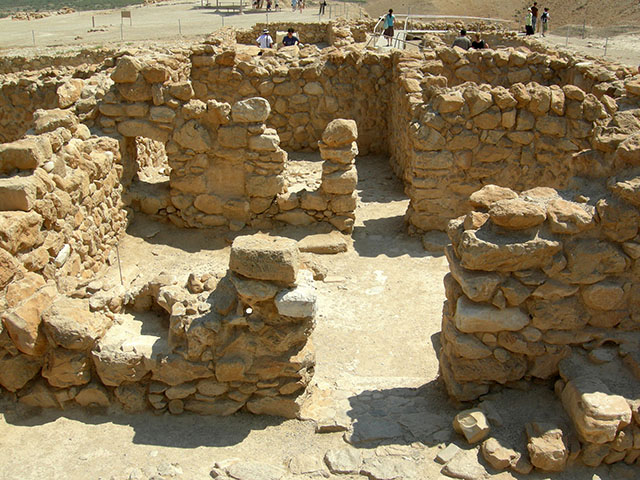 Qumran, Khirbet Qumran is an archaeological site in the West Bank. It is located on a dry plateau about 1.5 km from the northwestern shore of the Dead Sea. The Hellenistic period settlement was constructed during the reign of John Hyrcanus, 134-104 BC or somewhat later, and was occupied most of the time until it was destroyed by the Romans in 68 AD or shortly after. It is best known as the settlement nearest to the Qumran Caves where the Dead Sea Scrolls were hidden.