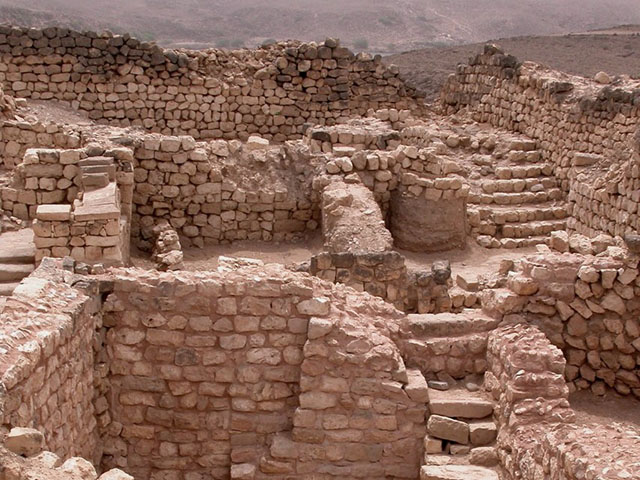 Khor Rori, Queen of Sheba's Palace, Sumharam, is an early south Arabian archaeological site located near Salalah in the Dhofar region of modern Oman. The small fortified town was founded as an outpost for the kingdom of hadramawt around the 1st century AD. The site was added to the list of UNESCO World Heritage Site in 2000, as part of Land of Frankincense.

Part of: Land of Frankincense