Jawan Tomb is a Pre-Islamic chamber tomb located at the head of Tarut Bay in the Eastern region of Saudi Arabia. The tomb is dating back to the 1st or 2nd century AD. In the past, this area was a large settlement whose inhabitants worked in trade and agriculture. Among the most important archaeological finds on the site are small statues, gold ornaments, beads and ivory. 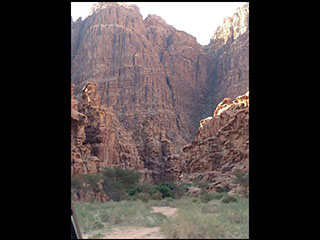