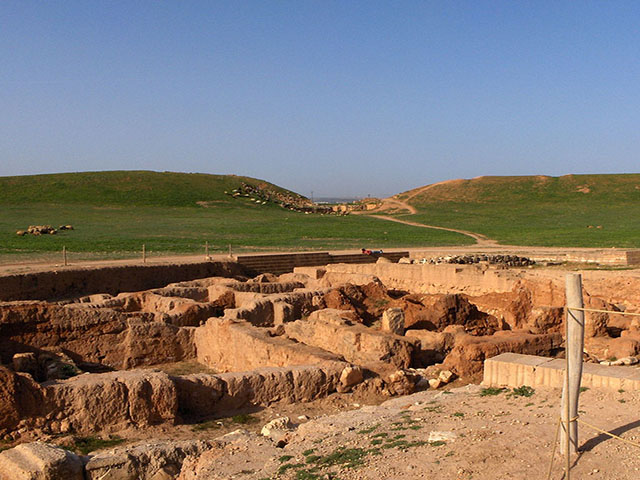 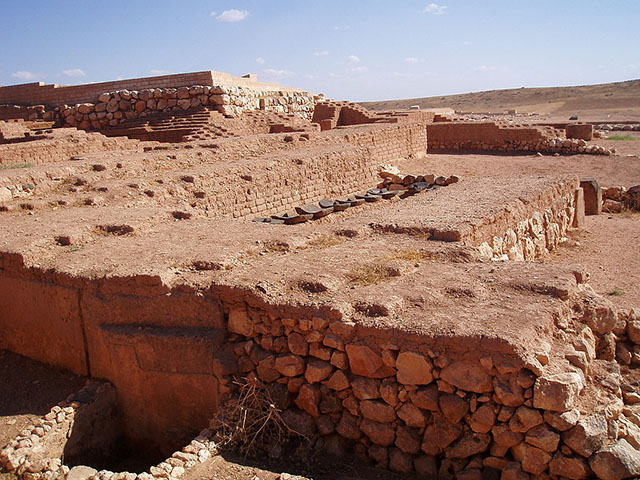 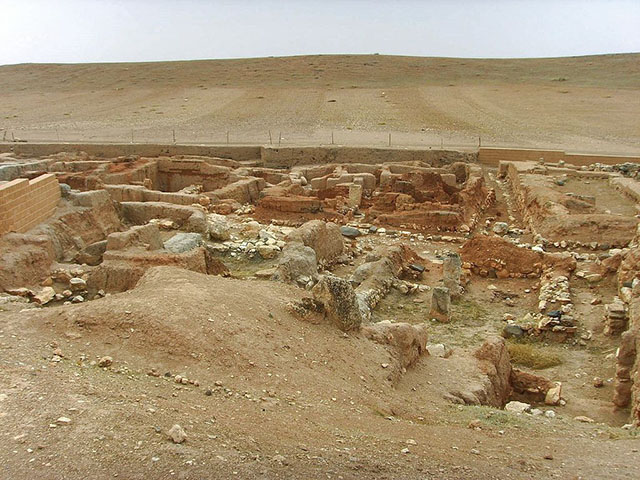 by Effi Schweizer, Public domain, via Wikimedia Commons
Previous Next

Ebla, Tell Mardikh, was one of the earliest kingdoms in Syria. The site is a tell located about 55 km southwest of Aleppo near the village of Mardikh. Ebla was an important center throughout the third millennium BC and in the first half of the second millennium BC. Its discovery proved the Levant was a center of ancient civilization equal to Egypt and Mesopotamia. The site is famous for its cuneiform tablets, since an archive of about 20,000 tablets dated to around 2350 BC was discovered there.