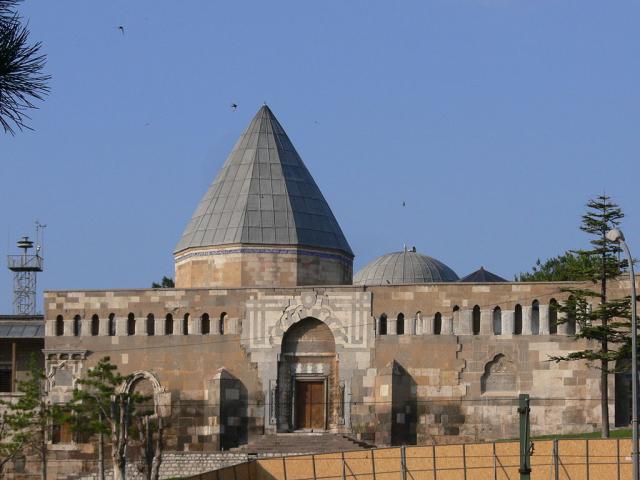 Alâeddin Mosque is a historical mosque located in Konya, Turkey. It was built in stages between 12th to 13th centuries AD. The construction work started during the reign of the Seljuq Sultan Masoud I, continued during the reign of Kaykaus I, and was completed by Sultan Ala al-Din Kayqubad (Kayqubad I) in 1235 AD. The mosque was restored during the Ottoman period.