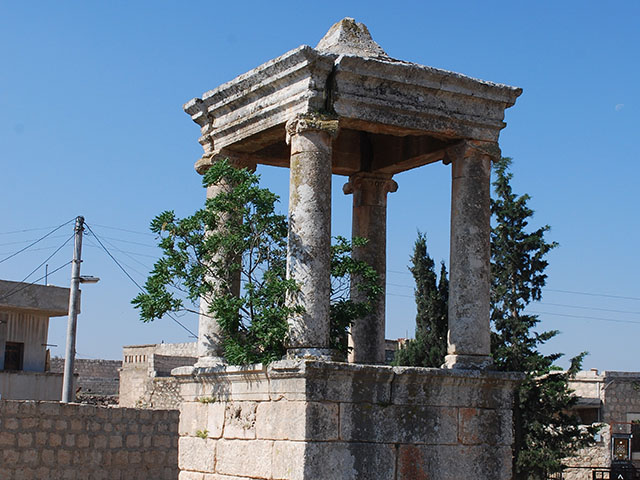 Al-Dana is a town in northern Syria, administratively part of the Idlib Governorate. As part of the Dead Cities, Al-Dana, and its vicinity contain numerous ancient ruins which date back to the 3rd and 4th century AD. A well-preserved Roman pyramid tomb, made of yellow stone and bearing elaborate carvings, is located to the north of the modern town center. The site was inscribed as a UNESCO World Heritage Site as part of Ancient Villages of Northern Syria in 2011. 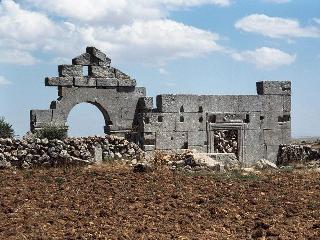 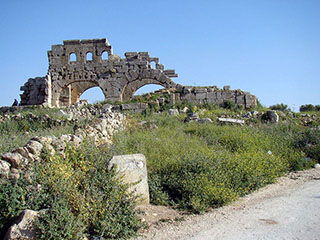 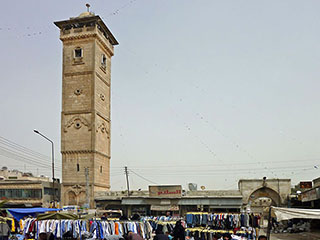 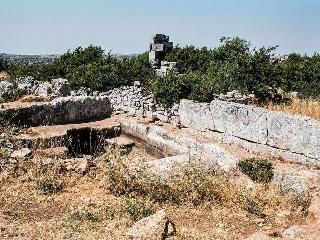 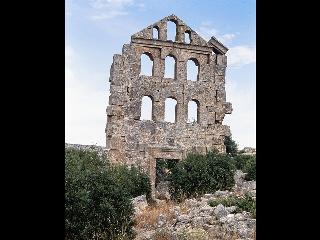